A Knowledgable Commander and Failure to Act

In October of 2002, Jean-Pierre Bemba Gombo’s personal army, the Movement for the Liberation of Congo (MLC), allegedly crossed the border from their stronghold in the northern Democratic Republic of Congo (DRC) into neighboring Central African Republic (CAR) to help then President Ange-Felix Patasse put down a coup attempt. 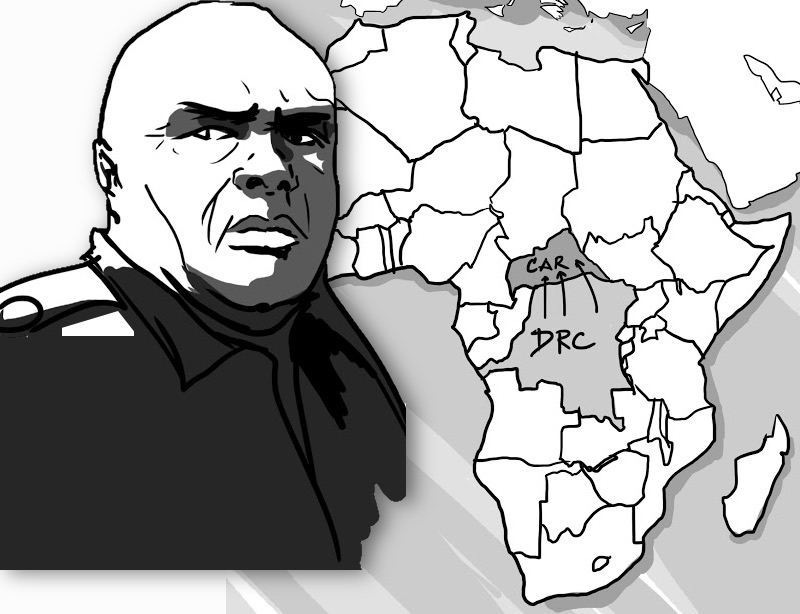 Part I: A Knowledgable Commander

Bemba stands accused of leading a devastating and widespread campaign of rape, murder and pillaging in CAR, with rape being the primary method used to terrorize civilians. According to prosecutors at the ICC, Bemba’s army raped women and girls in front of their families, as well as raped men and important elders to publicly humiliate them.

Bemba claimed that the troops were not under his effective command (Element 1) and dismissed the reports of criminal activity by his troops as “untrue”. We will not address the evidence prosecutors submitted to prove he had effective command here. Instead, we go directly to the evidence prosecutors submitted to prove that he knew his troops were committing crimes (Element 2). Let’s look at some of the “notice evidence” prosecutors assembled in their attempt to prove that Bemba was well aware that MLC troops were, in fact, committing crimes.

Video is absent from this list of evidence. One key reason is because in 2002–2003, villagers under attack in CAR had few — if any — cameras to record events. If the situation in CAR happened today, here are some ideas on how notice evidence could be documented with video to show that Bemba knew or should have known his troops were committing crimes.

Additionally, citizens could film uniforms, insignias, patches, or equipment used by the soldiers committing the crimes to show the troops were in fact Bemba’s soldiers instead of members of a different army. Public sharing of this type of footage would also put Bemba on notice, preventing him from plausible deniability.

Assuming that the prosecution proved the first two elements, that Bemba had “effective command and control” and that he “knew or should have known,” next they would need to prove “failure to act.” Bemba claimed that he didn’t fail to act and that the MLC soldiers who committed crimes were put on trial and sentence for the crimes they committed. The prosecution disagreed.

To prove “failure to act” the prosecution primarily relied on witness testimony. For instance, witnesses testified that:

Video is also absent from this list of evidence for the reasons shared above — cameras weren’t
in everyone’s pocket in 2002 and 2003. However, video could have played an important role in corroborating and strengthening the evidence because Bemba’s defense disputed all of the testimony listed above. If the situation in CAR happened today, here are some ideas on how you could use video to show that Bemba failed to stop his troops from committing crimes.

Undeniably, the “failure to act” is difficult — yet not impossible — to film. If you were in a village where low-ranking officers were giving orders in Lingala instead of French and then killing civilians while Commanders did nothing, this video could add strength to the witness testimony outlined above. That said, your safety, and the safety of those around you comes first.

Focus on Command and Superior Responsibility

Human rights investigators have stated that almost anything a commander says during a conflict can be useful in later investigations and prosecution. So, while the recording and/ or collection of speeches, interviews, statements and public declarations may seem like a futile undertaking, it is most certainly worthwhile, even if it is not immediately clear how the footage will be helpful.

In turn, knowing how to identify and preserve linkage and notice evidence is as important as knowing how to capture it when you are holding a camera in the field.

Playing by the Rules Counts

Commanders and leaders who play by the rules and properly train, supervise and discipline the people they have authority over aren’t the ones the international criminal justice system seeks to prosecute. Crimes may have happened on their watch, but if they did everything in their power to try and stop it, the commander should not be charged for crimes. Time is better spent prosecuting commanders and leaders who either supported people as they committed crimes, or turned a blind eye and did nothing to stop the crimes from happening in the first place.

About This Field Note

This Field Note is from the Proving Responsibility: Filming Linkage & Notice Evidence section of the Video as Evidence Field Guide.

Join us by subscribing to our newsletter.